The world differently - the 'Posties' Announced 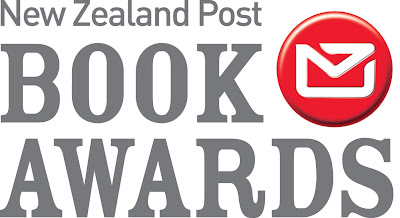 ‘All the finalists enable us to see our world differently.  They tell great stories with pride, brightening our lives in this time of dark days.’ Judging panel convenor Paul Diamond.


The 'Posties' list is out and my hat is off to the judges - Diamond, Charmaine Pountney, Bob Harvey, Emily Perkins and Michael Harlow - for all the hard work that's gone into it: all that reading, all that thinking. Not an easy job.


They note that the number of poetry entries was up - almost as many as fiction - and: 'the Māori World was also significant in the work of many finalists.' But sadly, the non-fiction entries were fewer 'reflecting tougher times in the New Zealand publishing industry.'


Good news about the poetry, though. Although there would have been even more entries if the smaller presses could afford to enter more of their output (I've been told entering a book costs a few hundred dollars but have no exact figures). One of my favourite poetry books of the year Jo Thorpe's In/let (Steele Roberts) wasn't entered, and I believe that may have been part of the reason.


There are other books that were most probably entered into the Awards but didn't make it in the final cut which one might wish had for all sorts of reasons - such as Sue Orr's Under the Overcoat, Hamish Clayton's Wulf, John Newton's Lives of the Poets, Harvey McQueen's These I have loved, Pat White's How the Land Lies, Fiona Kidman's massively popular Where your Left Hand Rests (our small bookshop sold 41 copies alone) and Patrick Evans' astonishing act of ventriloquism Gifted (and there are more ... I just need to get the brain ticking) - but, as we've seen in past years, that sort of wish-list doesn't get you anywhere.


[Postscript: two other books noticed by their absence are Craig Cliff's A Man Melting which won Best First Book in the Commonwealth Awards and Lloyd Jones' Hand me Down World; and it seems Orr's and Clayton's books - published this year - will be in the running for the 2012 shortlist not this one. I thought there was some over-run from one year to the next. And where oh where is Bill Manhire's fabulous The Victims of Lightning?)


Anyway, talking about wish-lists.... the judges have come up with their list, and now we need to celebrate the books that are on there and the authors that made them, while at the same time remembering there are other books by NZers out in the shops and still worthy of our attention.


The Fiction section has two authors that were in the finals with me (and Alice Tawhai) in 2008: Laurence Fearnley and Charlotte Grimshaw. It was Charlotte's year - winning the fiction category and the medal for fiction and poetry (and Reviewer of the Year!). Laurence got the runner-up prize and The Blue (mine!) won Best First Book and Readers' Choice. I prize both awards, but the Readers' Choice was a delicious surprise on the night.


Could it be Laurence's year this year? As far as the poets go, I can't take a punt as I've only grazed through these excellent books, so I'm going to have to get reading; and in the non-fiction, I love 99 Ways into Poetry and Pounamu, but I'm going to have to get reading in that area too or at least do some more concerted grazing, because frankly - as always - there are too many books and not enough time .... For excellent reviews of said books you couldn't do worse than go to Landfall Review Online  and The Listener's new site. Here are the finalists, and the winners of the Best First Books:

Pip Adam wins the 2011 NZSA Hubert Church Best First Book Award for Fiction with her short story collection, Everything We Hoped for (VUP)

Dr. Poia Rewi, wins the 2011 NZSA E.H. McCormick Best First Book Award for Non-Fiction for Whaikōrero: The World of Māori Oratory (AUP)
Very pleased for Pip and Lynn - I was at both those launches at Unity in Wellington and find both books thrilling. Dr Rewi's book I don't know but it sounds a fascinating read. But oh, I still don't know why we can't have shortlists for the Best Firsts to give more of our new writers their day in the sun, and more excitement leading up to the announcement of the winners....
Enough of that - now it's your job to start reading and start voting for the Readers' Choice Awards. The Poetry Winner is announced on National Poetry Day July 22, and the other winners are announced at a ceremony on July 27.
Posted by Mary McCallum at 9:36 AM

It was Patrick Evans who wrote Gifted, not Patrick White. His omission is a good case for increasing the number of fiction finalists back to five, as Gifted was easily one of the best NZ novels of last year.

Some good news, I think: Under the Overcoat was published this year, so stands a chance for the 2012 awards, doesn’t it? But yes, the drastic reduction in finalists and categories does seem to mean that some stunning books don’t get their time in the sun.

Thanks Anon! I've corrected that - I was confusing Pat White and Patrick Evans - have put Pat White's memoir on the list too, I liked that very much. And Under the Overcoat was indeed this year Claire, but I thought it might be early enough to qualify? Will check that out... may well be wrong. In which case, good news, it deserves to be there.