To the pure all things are indecent - William Taylor 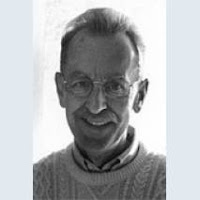 Award-winning children's/YA author William Taylor did the honours for the Janet Frame Memorial Lecture in Wellington this year, in front of an audience of 80-plus which included Janet Frame's niece, Pamela Gordon, and a phalanx of children's authors and others in the children's book industry.

A relatively controversial writer in the YA market, Taylor has seen the gently satirical Agnes the Sheep banned [one of the conservative US states], and his best-seller Possum Perkins carrying a 'health warning' in Queensland [due to content] and later rejected for republishing in NZ and elsewhere on the grounds of the same content [what people saw as implied incest between father and daughter]. Hence the line in his speech that is the title of this post.

Taylor is the third writer to give this annual lecture - following on from Owen Marshall and Greg O'Brien. The literary state of the nation is the theme and 70-year-old Taylor did this by focusing on his own 40-year history as a writer [including a stint as chair of PEN] and extrapolating that out to show how it was for writers once and how it's changed over the years. As a young writer in literary terms, I found this historical journey interesting. It's always good to put the present day into perspective and hear from the battle-weary how lucky we are now in terms of writer prizes and residencies, and annual top-ups like the author's fund.

When Taylor's first novel Episode came out in 1970 with Whitcombe and Tombes [it was an adult novel], there was only one writer prize available and it was worth only $2,000. There are now a stack of these things including the $100,000 Menton prize and the mixed delights of Creative NZ funding. As Taylor said, one thing a writer had to learn back then was 'thrift' and, despite the increase in financial support across the board, 'thrift' is still - he believes - the name of the game. For one thing, he believes the percentage of books a publisher publishes from the manuscripts that land on his/her desk has dropped from about 2% to 1 %, and instead of only 600 authors applying for the author's fund [an annual payment for books held in NZ libraries], there are now 1700 [and interestingly half of them are children's writers.]

Taylor pointed out, it was -and still is - hard for anyone to make a living as a writer, but he's done that now for 25 years, after a career as a teacher. His ability to do this is no doubt helped by the fact that his books are published all over the world [even Albania!].

It was also good last night to see the writing world from the perspective of a children's author - the ones who, as Taylor said, earn half as much per book and get less from the author's fund per book but usually sell twice as many. He touched on the way children's writers are deemed to be the lesser species in the writing world despite their huge success in NZ and overseas, and despite the fact that they help create the readers that then go on to buy adult books.

Having said that, the lecture was a little dry and unspired at times - Taylor seemed to feel more comfortable reading rather than engaging with the audience, and this wasn't helped by his appearing to be recovering from a cold and requiring lashings of water to ease a dry mouth. There were hints of this notable author's  passions and strong opinions about the state of literature in this country - in both the delivery and content of the speech - and it would have been rather marvellous to have seen him toss the written stuff over his shoulder and plunge heedlessly in, with nothing but a string colourful anecdotes to act as life-buoys.

The censorship of Taylor's books was certainly a highlight, along with an anecdote about meeting with the late Michael King [who rather than talking about his biography of Frame wanted, instead, to discuss Anges the Sheep] and another about how Taylor was on nodding terms with Janet Frame at a Palmerston North supermarket and never spoke to her despite being the proud owner of a precious first edition of Owls do Cry. There was another lovely strand that ran through Taylor's speech and had begun from the introductory speech by City Councillor Ray Ahipene Mercer. Mercer was a student of Taylor's at Trentham Primary fifty years ago, and remembered him with tremendous warmth as someone who'd helped cement his love for literature. Taylor, in turn, had warm memories of the ebulliant city councillor, and pointed out another student sitting in the audience.

I guess, in the end, Taylor himself is the gold in a speech like that. He is battle-weary but he is also marvellously triumphant after forty years as an author with many successes to his name - and so he deserves to be. It was a shame the lecture wasn't supported by more from the wider literary community, and by that I mean leading adult writers and those in the adult writing and publishing industry. Where were representatives from the International Institute of Modern Letters, for example? It just confirms what Taylor was saying about how children's writers are perceived in this country. More's the pity.

William Taylor is on the NZ Book Council site here.
Posted by Mary McCallum at 9:49 AM

Thanks for this great report Mary. I hope the text of his speech will appear somewhere so those of us not able to come can read his thoughts. Your comments re the children's vs adult writers audiences really interested me. It seems that the children's book community is generally very supportive of each other, but perhaps not so the adult book world.

But Mary I was there!

Yes, Rina, you were indeed! Sitting next to me. But I think of you as being a Massey University tutor.... after all we drove in together from that establishment [where you have your name on the door, whereas my door says 'tutors'], through heavy traffic, sprinting up to the Te Papa marae before William Taylor cleared his throat.....