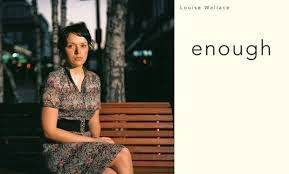 Labels: enough, louise wallace, the feijoas are falling from the trees, vup

Really enjoyed this poem, Mary, and the story it told. I liked the way it gave me such a clear visual picture. Thank you!

Enjoyed Louise's poem, thanks Mary - also your commentary 'Louise's poems walk with light feet, but carry so much. . . and always the sideways glance at the place where vulnerability lies.'

I hope your birthday pleasures have lingered!

wonderful, to the point, - and how how i miss feijoas - i have planted a tree and it does quite well but it doesn't fruit, maybe it needs a spouse