West Coast singer Mel Parsons is one of my musical discoveries of 2011, thanks to my friend Simon Burt who had a fabulous house concert for Mel. She's got a terrific voice and presence and writes pop-edged country songs with some interesting lyrics and lovely layered arrangements. After enjoying her first album Over my Shoulder, I looked forward to Mel's second album Red Grey Blue launched in September last year. Put it this way, it didn't let me down.

I've also enjoyed working out the bass for Mel's song 'Bones' which you can hear with some of the other Red Grey Blue songs on her website. I was interested to read there that ex-Cat Stevens bassist Bruce Lynch plays double bass for the album - and a number of other excellent musicians come along for the ride. 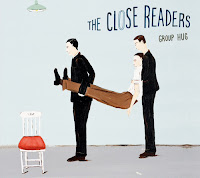 The Close Readers released their first album in June 2011. My friend Damien Wilkins is the songwriter, lead singer and powerhouse behind the band  - a Wellington novelist and once the member of a 1970s Lower Hutt, his songs are crunchy things with raw unexpected lyrics and a rough-around-the-edges arrangements that jangle and thrill.

You'll find all the songs here to download or go to Cuba Street's Slow Boat.


Some other albums I've been playing and enjoying below - by no means the whole lot. 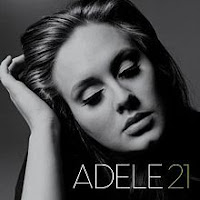 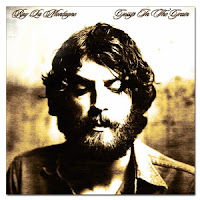 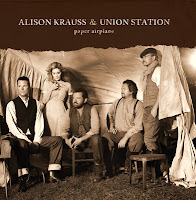 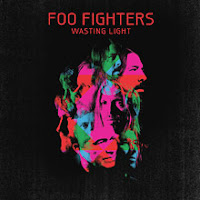 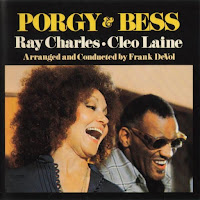 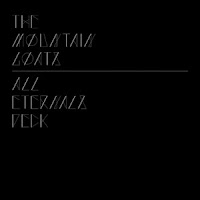 [in no particular order, as they say on X-Factor - but all published in 2011]

From Under the Overcoat, Sue Orr (Random) - highly imagined, tightly written stories using classic stories from the past -  Gogol, Mansfield, Chekhov etc -  my favourite is the one based on KM's The Dollhouse using a a real estate Open House to do what KM did with a dollshouse, you have to read it!

By Nightfall by Michael Cunningham (    )-- some bad reviews suggesting he's overdoing his literary referencing in novels (first Virginia Woolf, now everyone from Joyce to, well, Joyce) but I liked it ... Art, New York, mid-life crisis, Joycean epiphanies, what's not to love?

The Trouble with Fire by Fiona Kidman (Random)- short fictions in the style of Munro - with the stretch and weight of longer fiction and linked by fire in all its permutations - metaphorical or otherwise - written by a woman who knows what it is to be a woman in NZ from the 1950s onwards, her women are rooted in this country and its history and politics - gender and otherwise - they are not adrift in the limited domestic worlds so loved by short story writers.

The Beauty of the Humanity Movement by Camilla Gibb - beautiful story set in Vietnam grounded in, well, humanity in all its manifestations - beautiful and otherwise - love the way the language and narrative feel weighted and grounded - a little like Gilead to read, a meditation ... and the end is that celebration of life that's so hard to achieve in fiction without seeming chocolaty.

The Forgotten Waltz by Anne Enright (finished it this morning!) - a taut sexy read that circles as only Enright can around the carcass of family, in this case families, picking at the eyeballs, the balls, the flesh... This is the story of the adulterer and the adulteress and the victims of their coupling. Enright is astonishing in her psychology and the way she scoops out the core of the way people are - the endings of her novels are brilliant.

Little Criminals by David Cohen (Random) - great read for those, like me who live in or near the Hutt and regularly drive past what was the Epuni Boys Home, and for those who are interested in the history of 'teen delinquency' in this country and how we've dealt with it. Wonderful writing of time and place.

The Hare with Amber Eyes by Edmund de Waal - as someone said somewhere, it's a family memoir that comes from the 'existential hum of things' and in turn becomes a history of a people that moves and horrifies.

This City by Jennifer Compton (OUP) - funny, smart, quirky poems that go for the jugular, this collection was the winner of Kathleen Grattan Award, by an eccentric NZer living in Oz.

In/let by Jo Thorpe (Steele Roberts) - really 2010, but right at the end of the year and being feted this year, really, textured, sensuous, joyous, intelligent poems -  LOVE THEM

Western Line by Airini Beautrais (VUP) - poems that enchant because they are enchantments and curses and love poems and prayers and fables. Airini watches the world up close and loves the 'queer' people she sees in it - you will too.

Not Saying Goodbye at Gate 21 by Kathleen Jones - fierce and honest,too, these are the poems of a woman holding her shoulders high through grief and tragedy and the stuff of family.


Men Briefly Explained by Tim Jones (interactive press) - men are held up to the light with poems that are intimate and playful, smart and satirical. He focuses on the rituals and carapaces of men and the relevance of that gender in the future. An engaging and provocative read.


I'm bound to have missed something excellent off these lists. Apologies to the writers and musicians if I have. What I realise I need to do this year is try and read more fiction - and at least one classic - I was rather waylaid by poetry in 2011.

Thanks so much for choosing my book for your list, Mary! Made my day! Helen

I've seen Mel Parsons a few times but the best was at the Wine Cellar in Auckland about 18 months ago - solo, with about 12 people in the audience. Fantastic.

Thank you for the post. I enjoyed Mel's clip and look forward to getting some of her music. I am always open to new artists. The book list may be a bit much since I set out each year to read a number of different genres of books and find I lack the time. I may make a point to read the Violinist since I worked with several concentration camp survivors in my career.

May you have a very happy and blessed New Year!